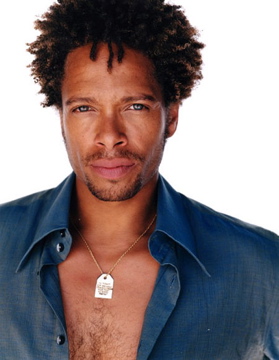 there has been a lot of talk in the bad mathematics posse about totty. what is totty, you might ask yourself if you live on the other side of the pond ? here is the urban dictionary definition

let’s set the record straight once and for all. totty might be talked about (loudly) on a regular basis by the male species but us girls talk about totty just as much. we just don’t talk about it with you.

there seems to be a misconception that girls talk about boys in terms of future husband material. will they be a good provider ? will they be dependable ? will they be faithful ? of course, this is utter bollocks. we talk about men in the same way as men talk about women. have they got a nice botty ? will they be good in bed ? in general, (and this is a generalisation. as are all my ramblings) we are not attracted by bank accounts any more than men are attracted by our cooking abilities.

no. we want totty. and we want to be able to talk about totty without feeling like a man-eating bitch from hell. i’m not advocating panting and drooling in the street. that’s just nasty. just an appreciation and acceptance that human beings find certain other human beings totally tottylicious.

back when our parents were young (for those of us born earlier than the bloody eighties), women were supposed to wait around for a suitor to choose them, date for a respectable amount of time, get hitched and then spend their married life lying back and thinking of england. surely times have changed? perhaps not as much as we’d like to think. nice girls are still not supposed to chase the boys like rampant little bunnies. we’re not supposed to get all hot and bothered when we see a bit of man totty. but we do. but we only talk about it with our girlfriends.

what i suggest is that instead of getting angry and upset at the menfolk talking about us as being hot, lets be more open about what we find hot. let’s get that dirty laundry out and shake it about in public.

men like to be considered to be totty. most of my male friends would give their left testicle to be thought of as totty. why don’t we tell them they’re delicious and how about a romp in the sack ? we’ve been told that they won’t respect us if we do. this is a lie. men who don’t respect women don’t respect them anyway. whether they sleep with them or not. real men love women and love women who know what they want and go out and get it even more.

so let’s talk about totty. what turns us on? what turns us off ? which bits drive us mad with lust ? who’s your fave totty at the moment ? i’ll start…

i like nothing better than a nice tight backside. men who are well-toned but not built-up. large but elegant hands. i don’t really have a “type”. i’m the girl who had a major crush on jack dee and also fancies johnny depp and al pacino. i once saw john malkovich on stage and not only nearly fell over the balcony, i’m pretty sure i did dribble on the patrons below. fave totty at the moment… warwick brown (gary dourdan from csi). phew! damn… those eyes!

it’s about 35degrees over here, going on 45 now. time for a cool shower.

let’s have some totty talk in the comments……