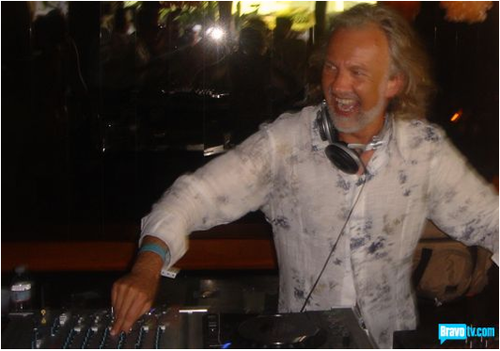 not many of you will know this about me but i’m utterly addicted to celebrity cooking shows. i could watch hours of top chef, top chef masters, hells kitchen, the f word, no reservations, jamie’s kitchen, conviction kitchen, iron chef, kitchen nightmares… etc etc etc. i’ve even been known to watch rachael ray and emeril. i also follow quite a few celeb chefs on twitter.

now before you say “what a sad bugger”, let me attempt an explanation of my ever-growing fascination with chefs. what strikes me (and has been commented on many times) are the similarities between cooking and making music. Many top chefs admit to an obsession with music and quite a few dabble on the other side in their spare time. for example, hubert keller is a dj, rocco dispirito is an avid guitar player, jamie oliver is a half-decent drummer, johnny ciao worked in the music industry for 20 years before becoming a chef, ainsley harriot was a musician of sorts, marco pierre white looks and acts like a rock star and of course, jerome “chef” mcelroy (south park) is isaac hayes.

i am fascinated by the art of cooking. the creative process. the way each individual chef can take the same ingredients and come up with an entirely different result. i am fascinated by the fact that everyday, sometimes mundane, observations can influence a dish. food critics often take the joy and fun out of eating by talking about “flavour profiles” and “palettes”, in much the same way as music critics take the joy out of music by talking in pretentious terms.

so here’s my top 10 similarities between chefs and musicians

if you can think of more, i’d love to hear them in the comments.

i don’t have much in the way of “knife skills” at the moment and most ingredients that i see being used on these shows are either hideously expensive or impossible to find in greece but who knows… perhaps i’ll become the diva cook if being in a band doesn’t work out.

right… off to watch iron chef

One thought on “chefs and musicians”