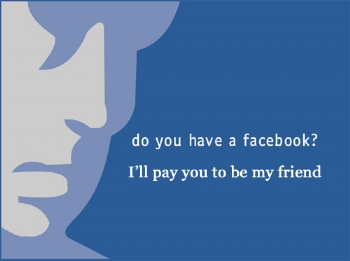 one of the most contentious things about the social networking sites is the friend/follower count. be honest… who has a friend with over a thousand friends and has thought to themselves “what the hell is wrong with me?”

some people like to pretend that they are happy with their 7 best friends on facebook and 3 followers on twitter but for us big-headed divas, this just will not do. not when, for just $450, you can have 10.000 followers on twitter. bargain! and for $397 you can buy 5000 fans and as they very sweetly point out on the website, that’s just $0.079 per fan. well worth it ,don’t you think?

i remember being horrified when i came across an automated friend adder for myspace but myspace sucks anyway, so what do you expect? these cheats take all the fun out of being an unpopular git. or having a band fan page that has been at a standstill for months. i love checking my stats and seeing them drop every week, don’t you? and being unrecognised for the blood, sweat and tears you put into promoting yourself is the whole point isn’t it? puts you firmly in your place when you attempt to compare yourself with the real celebs.

so i’ll go on blogging and tweeting into the ether, not caring if anyone is listening (apart from you lovely 5 readers here). back to nonsense blogging on our shiny new template…. 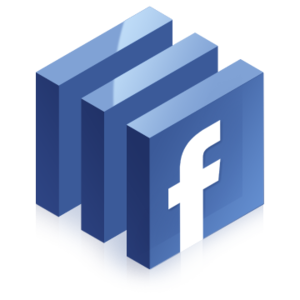 social networks are connecting people like never before. we can keep up-to-date with the intimate details of our friends lives without ever seeing them (or often, without having ever met them). more and more we are facebooking and tweeting our lives. i think at some point, most of us have asked ourselves “what the hell am i doing?”, having rushed home after a fabulous night out and stayed up to post pictures to our wall, update our status or at least twittered about our drunken adventure. i have the excuse that i’m a diva and i’m in a band, so people are really interested in my exploits. but what about lesser mortals? do i really need to know about your budgie with the runs or what kind of knickers you are wearing?

of course, the answer is… yes!

why the hell not? we’ve had to put up with decades of hearing crap about celebrities. who gives a rats backside whether britney spears forgot to get fully dressed…again? or whether paris hilton likes figs or bananas? I’m much more interested in my friend’s love life or looking at pictures from events that, for some reason or another (usually distance), i couldn’t be part of but can feel included via facebook. i can exchange silly comments, jokes or thoughts that i would never pick up the phone to share. i can send links to things i found interesting and they can ignore them without any feelings of guilt on either side. i can chat when i feel like it without having to get dressed or tidy up my house or have anything of substance to say. just because i want to say “hi”

i’m not sure if it’s of any value to the world. or to us as individuals. i don’t think it necessarily makes us closer or makes us better friends. i’m sure lots of people would argue that it’s time-wasting and there are hundreds of other things we could/should be doing. but that’s always been the case. what did we do before we had facebook and twitter when we couldn’t be assed to do something more “productive”? watched telly. twiddled our thumbs. stared out of the window. slept. all pretty useless (well, sleeping is good if you have to).

for many of us, social networks have made us more communicative and, dare i say it, made us feel that are lives are interesting enough to share. that we are all celebrities in our own lunchtimes. and i believe we are as interesting as any of the famous folk. just as complex, intriguing and unique.

social media/citizen journalism is a different kettle of fish. i’ll do a post on that tomorrow (probably). for now, i’m enjoying sharing my nonsense with you, my two faithful readers (yes, it’s two now!) and i hope you are too. i’ll stop when i start saying “lol” in real life. until then…